The city of Atlanta is located in the U.S. state of Georgia. It is both Georgia’s capital as well as its most populous city.  It is also widely considered to be both the main economic hub along with being the main cultural center of the whole state. As per the last census conducted in 2015 the total population of the city was 463,878.  This city also happens to be the county seat of Fulton Count.

The ‘Greater Atlanta metropolitan area” is home to almost 6 million people that includes a large number of highly well off individuals who have impeccable tastes when it comes to owning and maintaining their vehicles.

Due to the very high level of educational standards in this city, the people of Atlanta have learnt to rely on the very best and that is why they take their decisions based on both equal parts logic and emotion.

And nothing appeals to the above two more than the ‘Mercedes Benz’ brand name.

The legendary three pointed Star has been an icon in the world of automobiles for well over a century.  This is a fact that the good people of Atlanta city can both understand and relate to, as well.   After all, there are few cars quite as ‘classy’ as a “Merc”, and similarly when it comes to the maintenance and repair of their Mercedes vehicles; they prefer to deal with only the best of the best.

This is where we at Mercedes Benz Techs come into the picture. We deal only with Mercedes vehicles and have extensive knowledge of this brand. So it does not matter if it’s a Mercedes Benz Oil change or problems with the Crankshaft Position Sensor, just give us a call and we would do the needful regarding any issues you may be facing with your Mercedes automobile in the city of Atlanta. 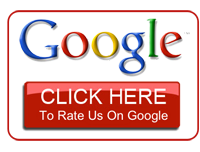